Just days before the election on November 3rd, the corruption scandals long swirling around Democratic candidate and former Vice President Joe Biden and his son Hunter Biden took a fascinating turn. Utterly damning evidence had surfaced in late September thanks to a Senate Homeland Committee report that revealed payments in the millions of dollars to the Bidens from places like China, Ukraine, and Russia as well as evidence of emails, images, and video from an abandoned laptop computer that led to an explosive report by the New York Post.

On top of those two developments, it was confirmed on Friday, October 16, that a former Hunter Biden business associate named Bevan Cooney, who is being held in prison on fraud charges, had flipped and was now cooperating with federal investigators. Then, on the following Wednesday, October 21, yet another former Biden family business partner named Tony Bobulinksi came forward.

Bobulinski blew the lid off of the Biden family’s Chinese corruption, providing email and other evidence demonstrating he was enlisted to be CEO of a firm called Sinohawk Holdings. He claims that the company was created expressly to facilitate business deals between the Biden family and the CCP regime. Bobulinski says he can also prove that far from not knowing anything about what Hunter and his business associates were up to in China, Joe Biden was in the middle of it all and getting a cut of the profits as ‘the big guy’.

Bobulinski and Cooney’s documentary evidence shreds Joe Biden’s often repeated lie that he knows nothing at all about his family’s business dealings in the countries where he was the Obama administration’s point man.

After years of the DNC Media Complex breathlessly reporting – always based on anonymous sources, of course – that Trump associates had flipped and were singing like canaries to the Mueller Special Counsel about all the Trump/Russian collusion, this latest news is absolutely **perfect**.

Everything that failed to materialize in the Muller Special Counsel investigation is suddenly making an appearance in what has been dubbed “BidenGate”. Massive payments in the millions of dollars from shady foreign sources. Former associates flipping and cooperating with grand juries and US Attorneys.

A Long History of Open Corruption

It has never been a secret that Biden’s family has been cashing in by trading access to him and his political offices in exchange for extremely lucrative business deals that were barely disguised bribes.

When Biden was the Obama administration’s designated point man on Iraq, his brother James – who had no housing or building experience – was suddenly awarded a billion-dollar housing contract in Iraq. Even current rabid Trump critic Charles Gasparino had to hold his nose while writing a column about this back in 2012.

When Biden was the point man for the administration’s efforts in Ukraine, his son Hunter and his close friend Devon Archer – neither of whom even pretended to have any experience in the energy industry – were awarded very lucrative jobs on the corporate board of the Ukrainian

energy company Burisma that paid them a combined $2 million a year. Even a cursory internet search will turn up stories from years ago where reporters for various media outlets were pointing out the ‘troublesome’ issues raised by these Biden family-related deals. These were hardly right-wing sites, either. They include The New York Times, The Washington Post, Foreign Policy, The BBC, Time Magazine, and CNBC.

The problem was there’d be a single-story looking at just one particular deal, the usual troubling questions would be raised and then…everyone would move on. No one would dig into the big picture. And the big picture of what the Biden family has been doing for 30 years is extremely alarming, as investigative reporter Paul Sperry details in this  report from Real Clear Investigations.

“I Don’t Talk To My Family About Their Business”

For more than 30 years, first as a prominent United States Senator from Delaware and then as the nation’s Vice President, Biden’s standard answer when these blatant conflicts of interest were brought up was to laugh and dismiss the question without answering it or to angrily state he never gets involved in the business dealings of his own family members.

No matter how apparent the conflicts of interest became, Biden could continue to just laugh it off or angrily dismiss the question because the DNC Media Complex would never press him on it and so the issue would go away.

Now it is not going away. And Joe cannot deal with it.

Joe Biden has now had over a year and a half to get ready and prepare his answers to questions about the extremely shady-looking activities of Hunter Biden and his friends in Ukraine, Russia, and China. And very likely because of his arrogance, Biden hasn’t spent any time at all trying to come up with a real defense for any of this. Instead, he insists on blowing his top and personally attacking any reporter that still dares to ask him about it. Biden a year and a half ago and Biden on the night of October 16, 2020.

The more evidence that surfaces, the more it becomes clear why the elder Biden doesn’t want to be asked about this. It’s because there is no good answer that he can give.

Whatever is on that laptop, the younger Biden wanted to keep access to it, which is why he sought to have it repaired. I don’t think it would have been that difficult for him to simply purchase a new laptop. During one of his recent videos about BidenGate, Rudy Giuliani reveals the series of events that occurred that led directly to the New York Post’s report:

Hunter Biden brought a damaged laptop to a computer store to be repaired. Then he never came back for it, despite multiple notices the laptop was repaired and ready to be returned to him.

According to the contract Biden signed after 90 days the laptop is legally abandoned and it becomes the property of the person in possession of it, which in this case, is the owner of the computer repair store, a man named John Paul MacIsaac.

What MacIsaac saw on the laptop so disturbed him, that he began reaching out to law enforcement authorities multiple times in 2019. MacIsaac finally surrendered the laptop to the US Attorney for Delaware, David C. Weiss, in response to a federal grand jury subpoena in December of 2019.

Whatever was found on that laptop not only prompted an as-yet-undeclared FBI investigation, it also caused Weiss to impanel a grand jury and begin investigating.

The standard talking point the Fake News Media has adopted about the Hunter Biden laptop story is that it is merely ‘Russian disinformation’ and therefore they can ignore it.

It should be noted that no one from the Biden campaign has gone on the record to state:

1. The laptop did not belong to Hunter Biden and it did not have his property on it

2. The published emails are not authentic, and Hunter Biden never wrote or possessed them

3. The published emails are Russian disinformation

If these emails were not authentic you would expect that would be the very first thing the Biden campaign would say.

But they have refused to say it thus far.

That is very revealing.

While the hack propagandists of the DNC Media Complex are only too happy to babble mindless speculation about GRU hackers creating false Hunter Biden emails, nobody from the Biden campaign itself will go on the record to deny the emails or photos or videos published by the NY Post, Rudy Giuliani or Breitbart.com are authentic. Former federal prosecutor Andrew McCarthy managed to blow up the vapid “Russian disinformation” talking point in one tweet:

By using a *grand jury subpoena* from the U.S. attorney's office in the District of Delaware – that well known counterintelligence command center? Sure, if you say so … https://t.co/lR4IKAvhfN

It’s no surprise at all this is the strategy the dishonest propagandists of the DNC Media Complex are implementing in their futile attempts to stop what’s about to happen.

These same dishonest hacks have never admitted RussiGate was a Clinton campaign hoax and Trump impeachment was a dirty trick based on false information.

I almost feel sorry for them because their Fake News based on fake leaks from anonymous officials familiar with the matter aren’t going to stop a thing that’s coming.

They went after Trump’s kids, you see.

They should not have done that.

His revenge shall be terrible. 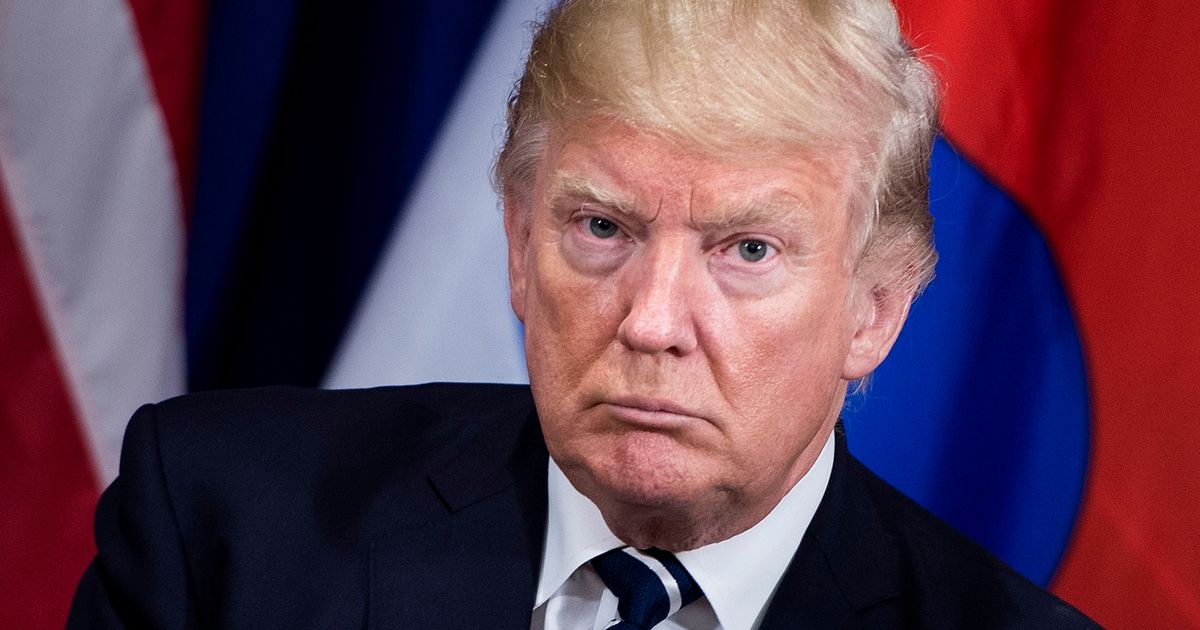 These October Surprises being dropped over the next week concerning SpyGate, BidenGate, Voter Fraud, and Big Tech censorship are not really about helping the President win reelection. He already knows from his own internal campaign polling this election is well in hand and he’s about to squash Biden like an annoying cockroach.

No, these late evidence drops are about revenge, plain and simple. Trump is using the proximity of the election to force the DNC Media Complex and Big Tech to either cover or attempt to hilariously suppress the emerging evidence.

Whichever strategy they adopt, suppression, or spin, Trump’s enemies are doomed. Our current President wrote an entire chapter in one of his best-selling books on the subject of revenge.

Too bad his foes either didn’t read it or told themselves he’d never be in a position to practice it on them.

Brian Cates entered the political arena in March 2012, following the death of Andrew Breitbart. He is currently a political columnist for The Epoch Times and UncoverDC. Brian is based in South Texas and is the author of: “Nobody Asked For My Opinion … But Here It Is Anyway!”

NH Bill Would Allow Ivermectin Without a Prescription